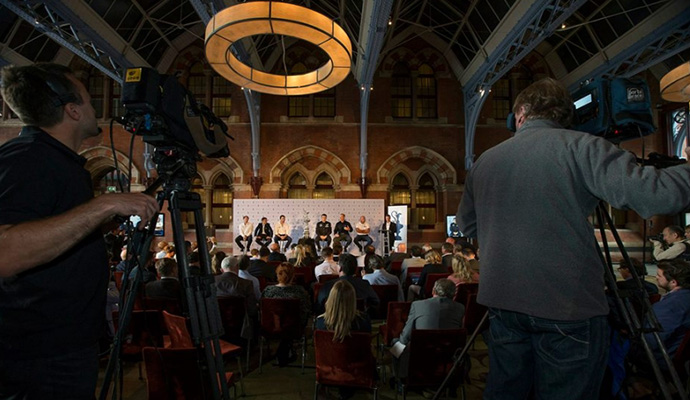 We were privileged to help with the staging and TV production of the first press conference of the new 35th America’s Cup on 9th September this year.

Held at the Renaissance International Hotel, St. Pancras, the magnificent Hanson Hall was the venue for this historic gathering of teams entered for the next edition of the America;s Cup, the oldest active international sporting competition in the world. We assisted the America’s Cup Event Authority in staging the event, while managing the television production and distribution of the live coverage to Reuters Sport and Sky Sports. We also managed the production and delivery of a World Feed for Eurovision (EBU) to enable global access to the images.

The America’s Cup is due to be contested in 2017 at a to be determined venue.

Full replay of the event here: