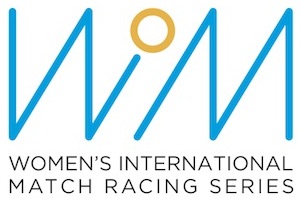 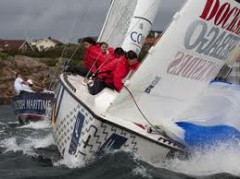 The Women’s International Match Racing Series (WIM Series) has partnered with 1080 Media TV in London to offer the best possible broadcasting facilities from this year’s events in Ireland, France, Sweden, USA and Korea:
“1080 Media has a tremendous experience of broadcasting live on the Internet and on traditional TV, with in-depth knowledge and experience of women’s match racing from many years at the Lysekil Women’s Match” says WIM Series Manager Liz Baylis.
“’We’re delighted to be working with the WIM Series. We’ll be focusing on videos for social media, international news coverage and also TV programming” says 1080 Media CEO Cliff Webb.

Going into the second year of the Women’s International Match Racing Series (WIM Series), the efforts to expand the presence of the Series in various channels will rise dramatically. Teaming with the video- and TV-experts at 1080 Media TV is one important step towards an enhanced distribution of video material from the WIM Series:
“We want to help the WIM Series grow and evolve, and as part of our service we’re also exploring the possibility of some live online coverage” Cliff Webb reveals.
1080 Media are presently producing 17 x 26 minute HD programmes for international broadcast on the Clipper Round the World Yacht Race, and covered the ISAF World Match Racing Championships with a full service for seven years. Their experience of yacht racing in general and especially in match racing, will prove extremely valuable in covering the WIM Series.

This second season of the WIM Series kicks off with nothing less than the ISAF Women’s Match Racing World Championship in Cork, Ireland, June 3 – 8, and 1080 Media TV will certainly be there providing coverage:
“Through our involvement in the Lysekil Women’s Match, we already know most of the top teams competing in Cork, and we’re looking forward to cooperating with them again” Cliff Webb says.
“We’re very pleased to be working closely together with such skilled professionals as the 1080 Media TV crew bring to the events” Liz Baylis concludes. 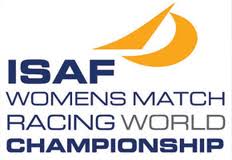