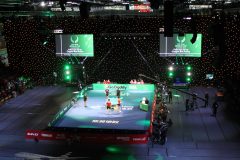 We are pleased to support the Yachting Journalists’ Association, Young Blogger of the Year Awards – 2017 winners announced

Yana Skvortsova (16) from Guildford, Surrey for her stylised paintings of Topper dinghies racing