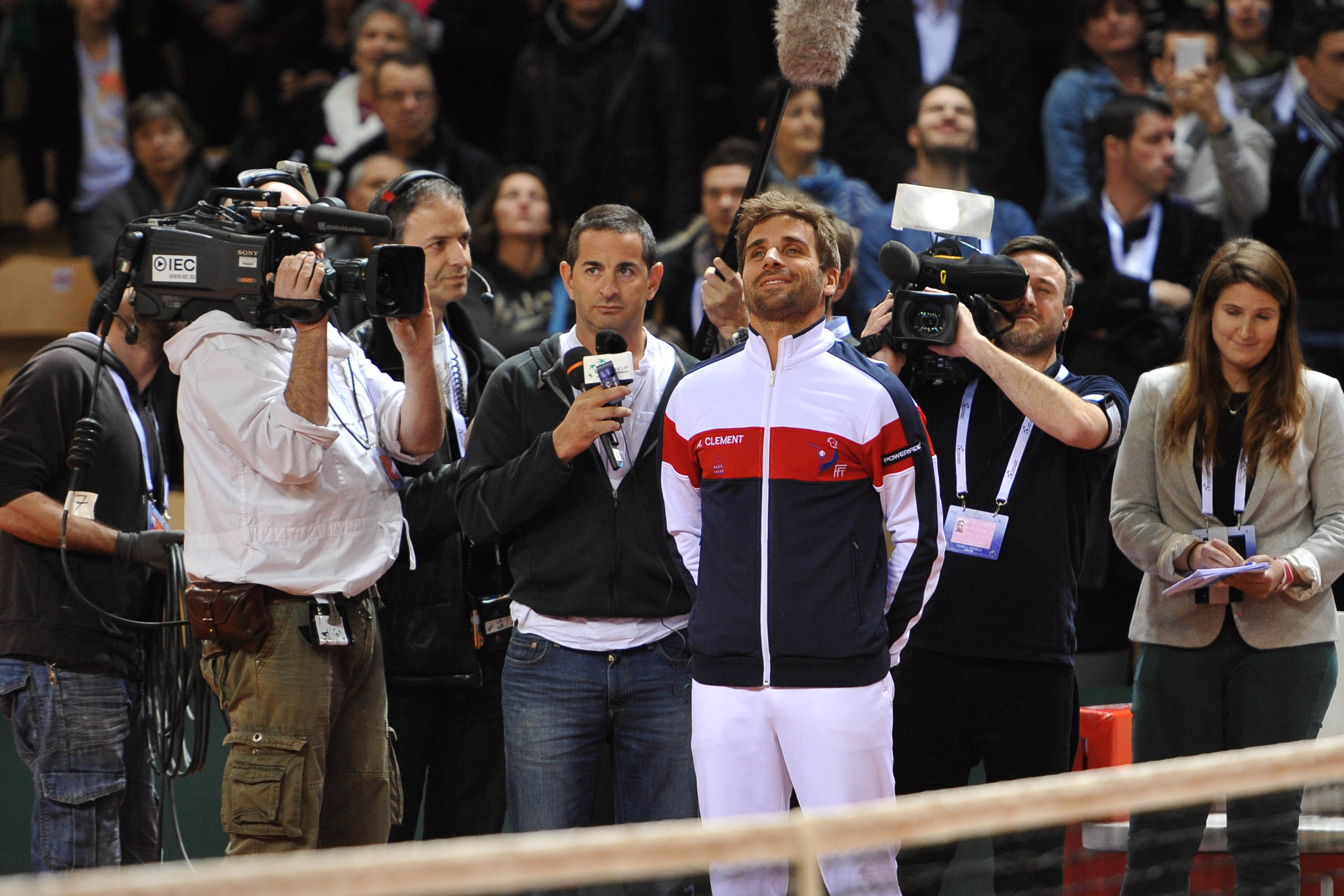 As part of our Davis Cup assignments for the International Tennis Federation, our crews are on court at the end of matches to get the international broadcast interviews with the winning players and captains. Here is Corin Bennet filming French Captain Arnaud Clement drinking in the atmosphere after his doubles team of Jo-Wilfried Tsonga and Richard Gasquet had beaten Australia’s Lleyon Hewitt and Chris Guccione in this France v Australia tie. This gave France a 3-0 victory to advance to the quarter final stage to meet Germany, and Clement enjoyed the moment ahead of our interview with him by ITF journalist Eli Weinstein. Great  atmosphere in La Roche sur Yon, France!