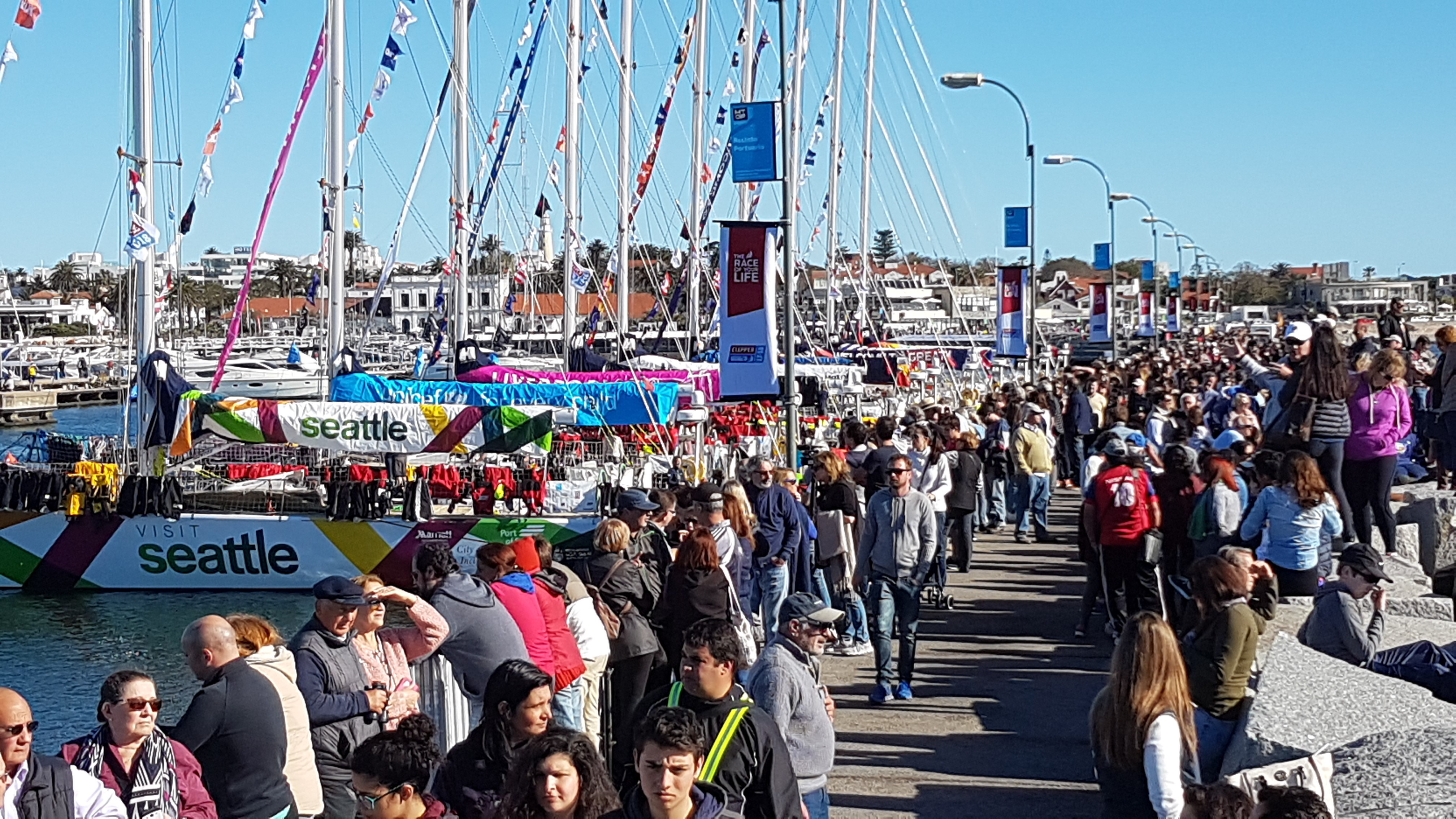 SPORTEL, MONACO, MONDAY 23 NOVEMBER 2017: Billed as the greatest ocean adventure around the planet, the biennial Clipper Round the World Yacht Race has extended its commitment to a fourth season of the award-winning ‘Race of Their Lives’ human adventure unscripted TV series, produced by UK based 1080 Media TV, to complete distribution deals through to 2020.

The unique event trains every-day people from all walks of life, many of them sailing novices, to take on the world’s toughest oceans in the biggest round-the-world race featuring hundreds of crew from over 40 nations, battling it out on twelve identical modern yachts, in a year-long 40,000 nautical mile series of races between six continents to circumnavigate the globe.

”We continue to have excellent feedback from broadcasters to the 7-part series we produce for the Clipper Race, which follows this unique challenge through the experiences of the Corinthian competitors of all ages and backgrounds, as they take on this extraordinary endurance challenge” said Cliff Webb, CEO of the 1080 Media TV.

”We are currently in production with the third season of ‘The Race of Their Lives’ which is following the 2017-18 edition of the Clipper Race, which has just reached Cape Town. The extension of our role as Host Broadcaster for the Clipper Race to 2020 enables us to respond to the growing demand to include the 2019-20 edition in our distribution deals”.

The previous series of the Clipper 2015-16 Race, reached over 900 million households in 171 territories. The current series is adding even more broadcasters, digital and OTT platforms. In addition to The Race of Their Lives series, released as the event unfolds, 1080 Media TV produces and distributes two live shows which capture the emotionally charged opening and closing stages and ceremonies of this ocean marathon; plus news feeds, B-rolls and edited packages, together with a diverse range of social media content.

”We have been very pleased with the quality and style of programming and extensive distribution achieved by 1080 Media TV”, comments Jonathan Levy, executive producer on behalf of race organisers Clipper Ventures. ”We feel it is important to be able to maximise the development of the widest possible range of content which engages with audiences everywhere, who are captivated by people like them, and who take on this incredibly challenging human adventure.

”Extending our production partnership to 2020 enables us both to take advantage of new channels and technologies. Despite more than 20 years of running the Clipper Race, we are constantly evolving and continue to grow from strength-to-strength with a very robust and successful business model. We are already signing up crew and sponsors for 2019-20 and even 2021-22”.