Bloomberg Television has acquired the rights to sports news and long-form programming of the world’s longest ocean race.

Season two of the highly acclaimed series ‘Race of Their Lives’ airs from this weekend and comprises seven one-hour shows with an exclusive ‘access-all-areas’ pass to the tenth edition of the Clipper Round the World Yacht Race – the unique biennial endurance challenge for amateur sailors.

The unique event was established in 1996 and sees hundreds of competently trained teams of ‘Corinthian’ competitors from all walks of life, under the command of professional skippers, take on the longest and toughest ocean race around the planet at more than 40,000 nautical miles.

It takes almost a year to complete a series of 14 races between six continents, including the challenging Australian blue water classic, the Rolex Sydney Hobart Yacht Race. The compelling human story of endeavour and endurance unfolds in this exclusive television series.

The first episode of the second series of ‘Race of Their Lives’ will air on Bloomberg Television on Saturday 19 and Sunday 20 December at 12pm GMT across EMEA. Subsequent installments will air in future months as the race progresses around the world, ending back in London at the end of July 2016.

UK based 1080 Media TV has been retained for a second season to produce and distribute the global long-form official TV series, live feeds, news and social media packages. “We introduced a new look and style to the production in the last race and will continue to develop a strong multi-platform approach which maximises traditional broadcast and new digital media opportunities for a strong global brand like the Clipper Race,” said Founder and CEO of 1080 Media TV Cliff Webb.

“We’ll continue to explore new technological opportunities too, filming aboard the yachts in the depths of remote and inhospitable environments such as the Southern Ocean where it’s cold, wet and dangerous. It’s a real challenge for both people and equipment but we’re confident our teams will get the best possible images to show how the crew cope with all that mother nature throws at them and bring home the stories.”

The Clipper Race fleet is owned and operated by Clipper Ventures which commissioned the TV series: “The reappointment of 1080 Media TV reflects the growing demand and diversity of requirements for our high-energy content as every-day people take on this remarkable challenge,” said Clipper Ventures Global Business and Communications Director, and executive producer, Jonathan Levy.

The Clipper 2015-16 Race got underway at the end of August, reached over 125 countries including race destination markets such as the UK, Brazil, South Africa, Australia, Vietnam, China, USA, Panama and the Netherlands, plus France and Canada following skippers and crew in big numbers.

“New technology on the twelve yachts is also opening up live access for broadcasters. We can support live video Skype links from the deck of the yachts, which creates unprecedented opportunities for audiences to be at the heart of the action as it unfolds,” added Levy.

1080 Media is proud to return as the production team behind the successful Clipper Race TV Series. First episode of  Season Two of the highly acclaimed series ‘Race of Their Lives’ airs on the 18th of December on FOX SPORTS 2 Australia at 1600 AEDT.

Viewers in the UK and Europe will also be able to see it on Bloomberg TV which is currently showing Season One of Race of Their Lives from the Clipper 2013-14 Race every Saturday and Sunday at mid-day GMT. 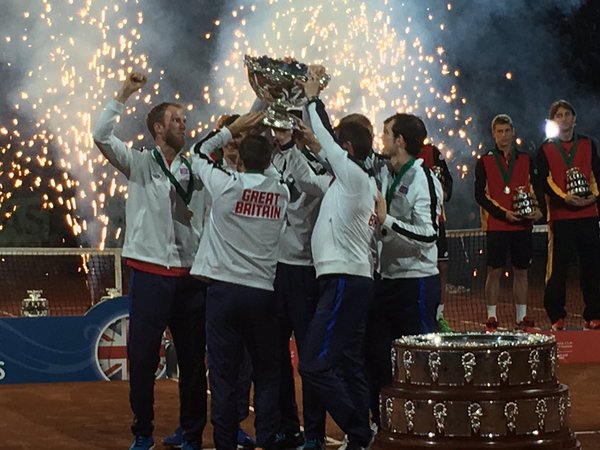 As 2015 is coming to an end, the 1080 Media Team is proud to close another successful year working with the International Tennis Federation, covering all year around both Davis Cup and Fed Cup.
A privilege for our crew to be there!

Our team continue with the Clipper Race coverage