We’ve covered a huge range of events over the past 14-years for both international TV broadcast and online, from top class international sports, to conferences, promo videos, corporate productions and much more. Just a few examples…

Trailer for our documentary on Sir Robin Knox-Johnston:  a one off TV show we produced for international distribution on the 50th anniversary of his incredible solo circumnavigation of the planet.

A live online esports event we were involved in as both a supporter and producer, with 3 x three hour long tournaments taking place in one week, all managed remotely by our – short highlights reel:

This is a hybrid online event we produced using our green screen studio with a presenter against a virtual set, and with remote speakers connecting into the show.

Sir Clive Woodward, an intro for a course his company operates:

Our entry for the 2020 SPORTEL awards in Monaco which was one of 3 entries nominated in the Slow Motion category.

Client testimonial video produced for a Point of Sale Software and hardware system:

For the Youth Sport Trust, a video designed to inspire young girls to become more active in sport

Our Maeva Bardy story  – crossing the Pacific Ocean…as an On Board reporter, which won the Public Prize  at the Waterproof Film Festival in Geneva.

Our live coverage of the England v Greece match – sensational comeback from England…live on the SportBible with 2.2 million unique views.

Shot crossing the Pacific Ocean with the Clipper Race for our Race of Their Lives TV Series, aboard the Visit Seattle yacht by our man Richard – love it!

The 2015 Davis Cup Final Review for the ITF – video review

A musical race start for Clipper in Rio

A short clip of Maria Sharapova showing her football skills at the recent Fed Cup tennis tie in Krakow for the ITF, between Poland and Russia which has gone viral:

The well loved review of the Clipper Round the World Race Homecoming coverage into London – great fun, pulled from our 4 hour live broadcast of the event…

A video shot and edited recently on board the Henri Lloyd yacht before it finished Leg 3 of the Clipper Round the World Yacht Race – thanks Brian!

Will Greenwood  – Speakers4Schools, a series produced for this fantastic charity that brings famous people into schools

Promo for the Lysekil Match Cup 2014

Highlights from A Summer Like No Other’s Showtime events programme

A video produced in conjunction with Pete Webb, one of the world’s leading adventure sports photographers for Vanguard.

The Isportconnect Directors’ Club is a prestigious sports networking event held in London…we’ve covered 3 so far and here is the latest in February.

As BMW Oracle Racing claimed the 33rd America’s Cup in Valencia, 1080 Media was there streaming the live action to the teams base and across the globe to a massive online audience. Here is the closing sequence of what was a fantastic triumph for BMW Orcale Racing.
Click on the image to view

The World Match Racing Tour is world’s leading professional sailing series that features events aross the globe. 1080 Media covered the series for several years whilst also distributing all the competitive action to TV screens around the world.
Click on the image to view 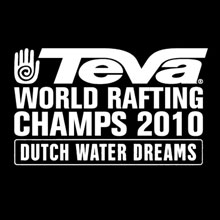 Skykon Tiree Wave Classic 2010
A link to promotional teaser we produced for the event in advance for websites to use;