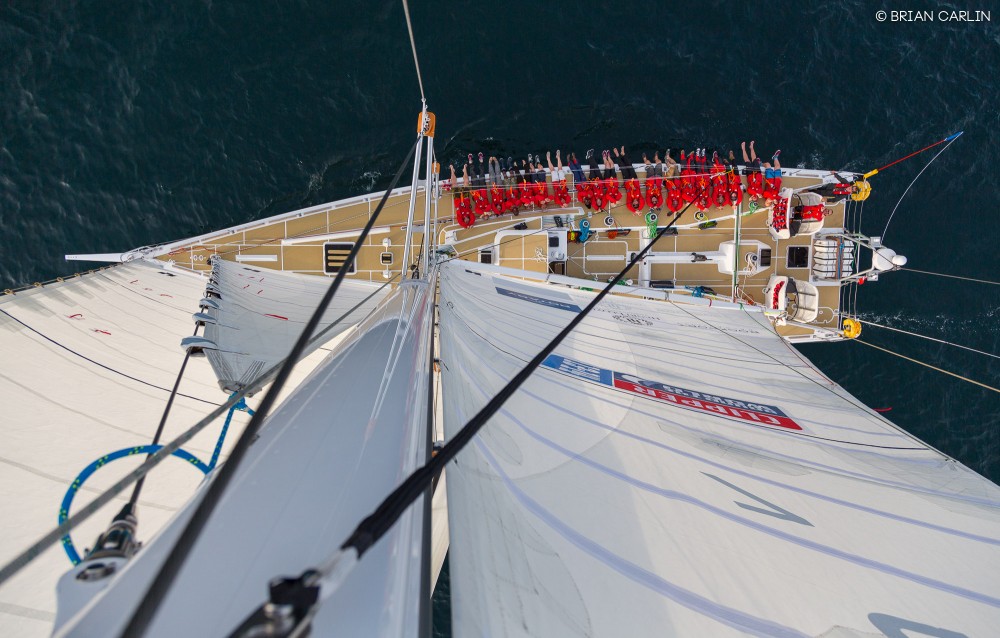 TUESDAY 16 OCTOBER 2013, SPORTEL, MONACO: The Clipper Round the World Yacht Race – the longest global ocean adventure around the planet – has appointed a new production and distribution team to manage its international television portfolio: BBC Worldwide will distribute two major series produced by 1080 Media TV – a 9 x 25” topical sports show capturing the thrills and spills of this unique 40,000 miles event plus an 8 x 25” factual adventure show of the unfolding human drama as novices are transformed into seasoned sailors to tackle some of the toughest conditions on the planet.

“The Clipper Race is a unique event which engages both specialist sports and mass market audiences, with broad international appeal,” explained Jonathan Levy, Global Business and Communications Director for Clipper Ventures plc, the rights holder for the Clipper Race. “We have developed a more segmented approach and appointed 1080 Media TV as our host broadcast partner with BBC Worldwide leading on global distribution.”

The shows are currently in production and were launched this week by BBC Worldwide at Sportel – the world sports media content market held in Monaco. The latest edition of the biennial Clipper Race is its ninth, but now with a b

rand new bigger fleet and record numbers of crew from all walks of life, men and women, from 18-74+; The 2013-14 edition left from Tower Bridge in London on 1 September and will not return until July 2014.

The Clipper Race was established by legendary yachtsman Sir Robin Knox-Johnston, the first person to sail solo, non-stop, around the world in 1968-9. His aim was to create the opportunity for ‘ordinary people to achieve extraordinary things’ and remains a very active chairman who aims to participate in this year’s Rolex Sydney Hobart Yacht Race, age 74, alongside his Clipper Race fleet making their debut in the Australian classic as part of this year’s global race.

Danny O’Toole, Head of Sport and Sport Entertainment at BBC Worldwide, commented, “The Clipper Race has been rapidly growing its international audience and we hope to see the two new series build on this success. It’s an exciting global event and with so many interesting people from all walks of life competing, there’s also a compelling human drama. I’m confident it will appeal to our clients.”

“We are very pleased to have been appointed as the official host broadcast partner of the Clipper Round the World Yacht Race,” said Cliff Webb, CEO of 1080 Media TV. “We have developed a very strong multiplatform approach to maximise traditional broadcast and new digital media opportunities for a wide range of rights holders. This is an extremely exciting project, both in terms of compelling content and new technology opportunities.”

Clipper Round the World is a 9 x 25” topical high-paced action sports TV show available from November and will have new episodes released approximately monthly or can run as a stand-alone weekly or daily series towards the end of the race.

The Race of Their Lives is an 8 x 25” real-life emotionally charged reality adventure show experiencing this incredible human challenge through the ‘ordinary’ people who participate in this remarkable endeavour.